This is My Africa 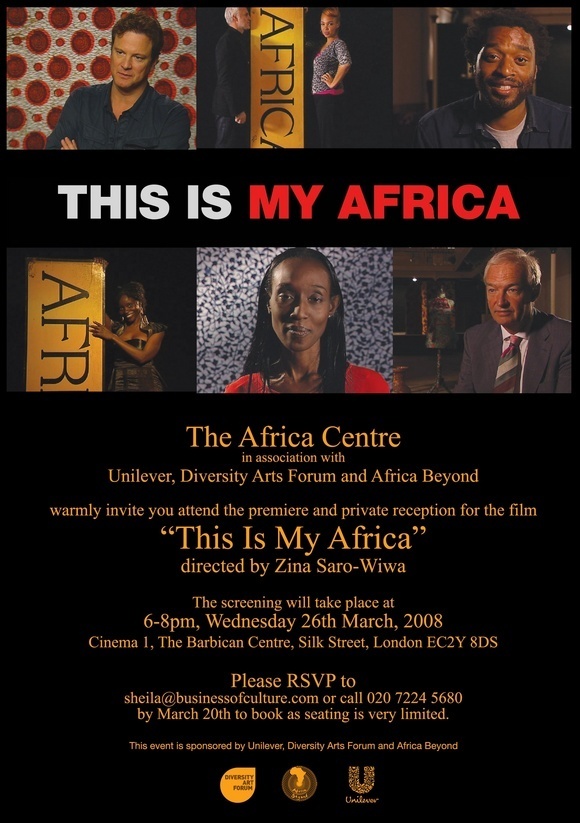 Diversity Art Forum along with Unilever and Africa Beyond sponsered the first launch of this award winning film at the Barbican Centre in March 2008.

This film that reveals an alternative portrayal of Africa in a tender and humourous manner won the Best Documentary Short International Black Docufest in 2008. Directed and produced by Zina Saro-Wiwa, this former host of BBC2 Culture Show, aimed to "make a film that used private reminisces to challenge the way Africa is talked about publicly-which is often negative and reductive. Africa is more than just AIDS, corruption and civil war" (interview with Zina Saro-Wiwa). What the film provides is an thoughtful look at African food, books, artists, films including music to African and non-Africans.